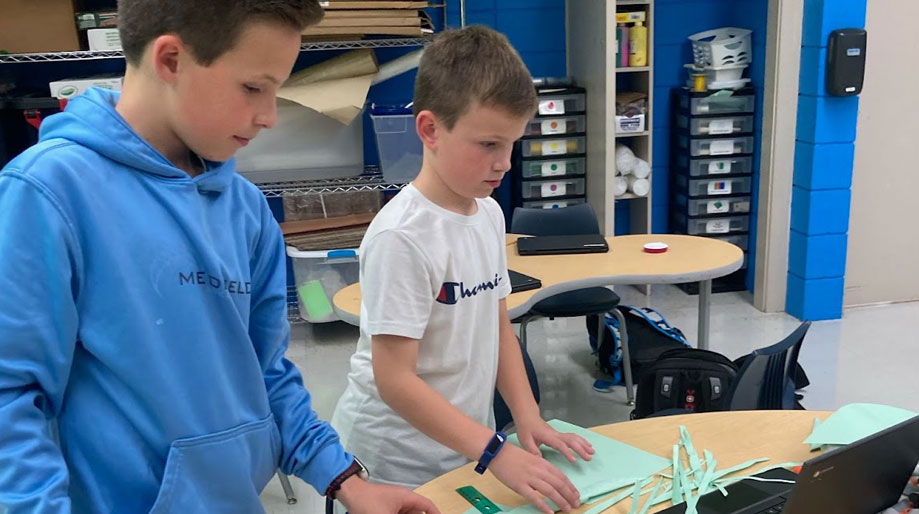 In July 2010, the Connecticut Board of Education officially adopted the Common Core State Standards; also known as Connecticut Core Standards. For many parents they are unfamiliar with what the Common core standards are and why they were created.

What is the Common Core?

A panel of experts and teachers from across the country collaborated together to create these standards that are designed to fully prepare students for freshman level college courses, entry level career positions and workforce training programs. The reason why these standards are able to fully prepare students is because they were developed so that students build more critical-thinking, problem solving and analytical skills in order to be successful beyond 12th grade.

For the past two weeks students have been actively participating in challenging stem activities:

The objective for this activity is students need to stack the red solo cups by only using string and rubber bands. The rubber bands are the only thing that can touch the cup(s) and the students were only able to touch the string(s).  Collectively they had to work in groups for 4 to figure out a tool to use in order to stack the cups. Once they created their tool, they were given a picture of what their cup tower needed to look like. Students that tied the string to the rubber bands should have been successfully able to stack the cups without ever touching them.

The objective for this activity is for students to create the longest paper chain possible with the limited amount of supplies provided to them. Students were put into groups to critically think how they should cut the paper in order to maximize the amount of paper.

Students continued to work on their math skills playing several games like battleship and Jeopardy.